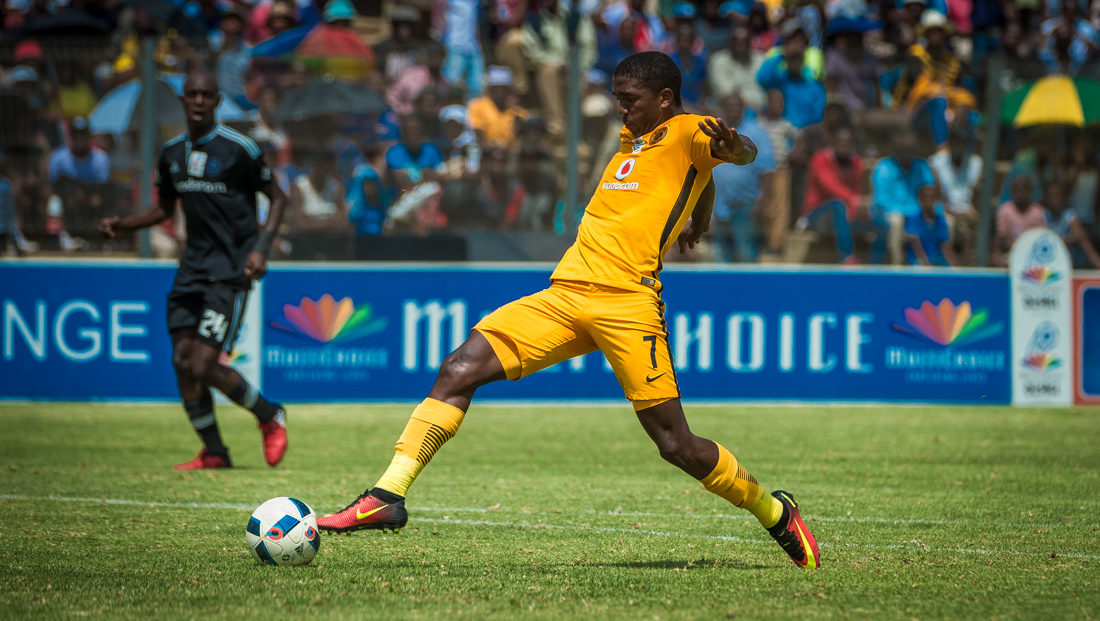 Itumeleng Shopane says Kaizer Chiefs’ 2-2 draw on Sunday against Orlando Pirates in the MultiChoice Diski Challenge match felt like a defeat, such was the disappointment of conceding the injury-time equaliser.

The Amakhosi reserve striker looked back to his best at the Sinaba stadium but could do nothing to prevent his team at conceding at the death to earn a draw against bitter rivals.

"We were gutted to concede with basically the last kick of the game, after being defensively solid for 90 minutes," he said. "It was probably the best we've played for a while and to get an ending like that was hard to take, especially disappointing our coach Arthur Zwane who prepared us so well for this game.

“We went into the dressing room after the game as if we'd been beaten, because we felt like we deserved to win that game after dominating them (Pirates).”

The young under-20 forward at least took some heart from his performance, which saw him produce a fine goal to give Amakhosi the ascendancy in the first half and also kept the Pirates backline on the toes for the better part of the match.

“I had a few good chances in the first half that I could’ve converted, but I said when I came here that I want to show what I am capable of and what I have learnt in the national team," he said. "Everyone wants to play in games like the derby and I am glad I got the chance to play. So to play well in a big game like this is what I'm here to do. It's my job.

“I thought we were good and it was a big blow to concede in the last few seconds. It shows how far we've come as a team. Hopefully, this can be a stepping stone for the last few games of the season and see finish strong in a good position.”