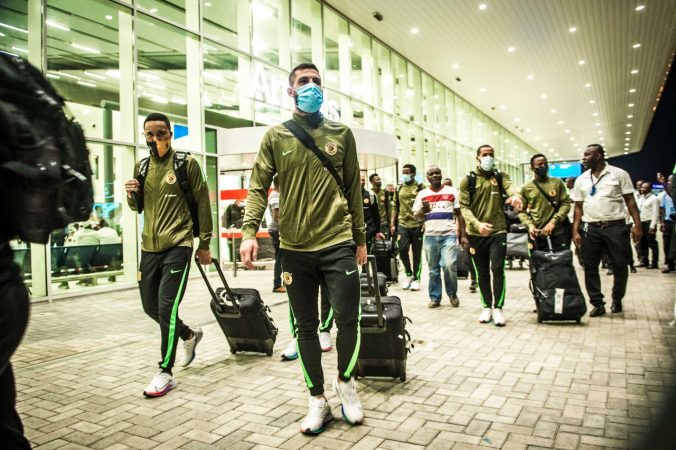 Kaizer Chiefs have announced a squad of 21 players who will be travelling to Morocco for their clash against Wydad Casablanca in the first leg of their eagerly awaited CAF Champions League semi-final on Saturday, 19 June.

Chiefs will head to North Africa and will be playing at the Mohammed V Stadium in Casablanca six years after facing Raja Casablanca at the same venue in a CAF Champions League second round second leg clash. Amakhosi have been able to call on all of their regular players for what is the club’s biggest game ever on the continental stage. They will however have to do without Ramahlwe Mphahlele and Lebogang Manyama who join the injury list that already has Khama Billiat and Dumsani Zuma on it..

Co-coaches Arthur Zwane and Dillon Sheppard have been able to call upon Chiefs’ experienced and younger players for the game in Morocco, with that in mind they have opted to take three goalkeepers with them calling up Bruce Bvuma, Itumeleng Khune and Daniel Akpeyi.

The sides met in the group stages with Wydad winning their home leg which was played in Burkina Faso’s capital, Ougadougou and Chiefs followed that loss up with a home win at FNB Stadium.

Amakhosi will depart on a special charter flight on Wednesday evening and will leave Morocco on Sunday morning. They will be expected back in South Africa on Sunday evening.