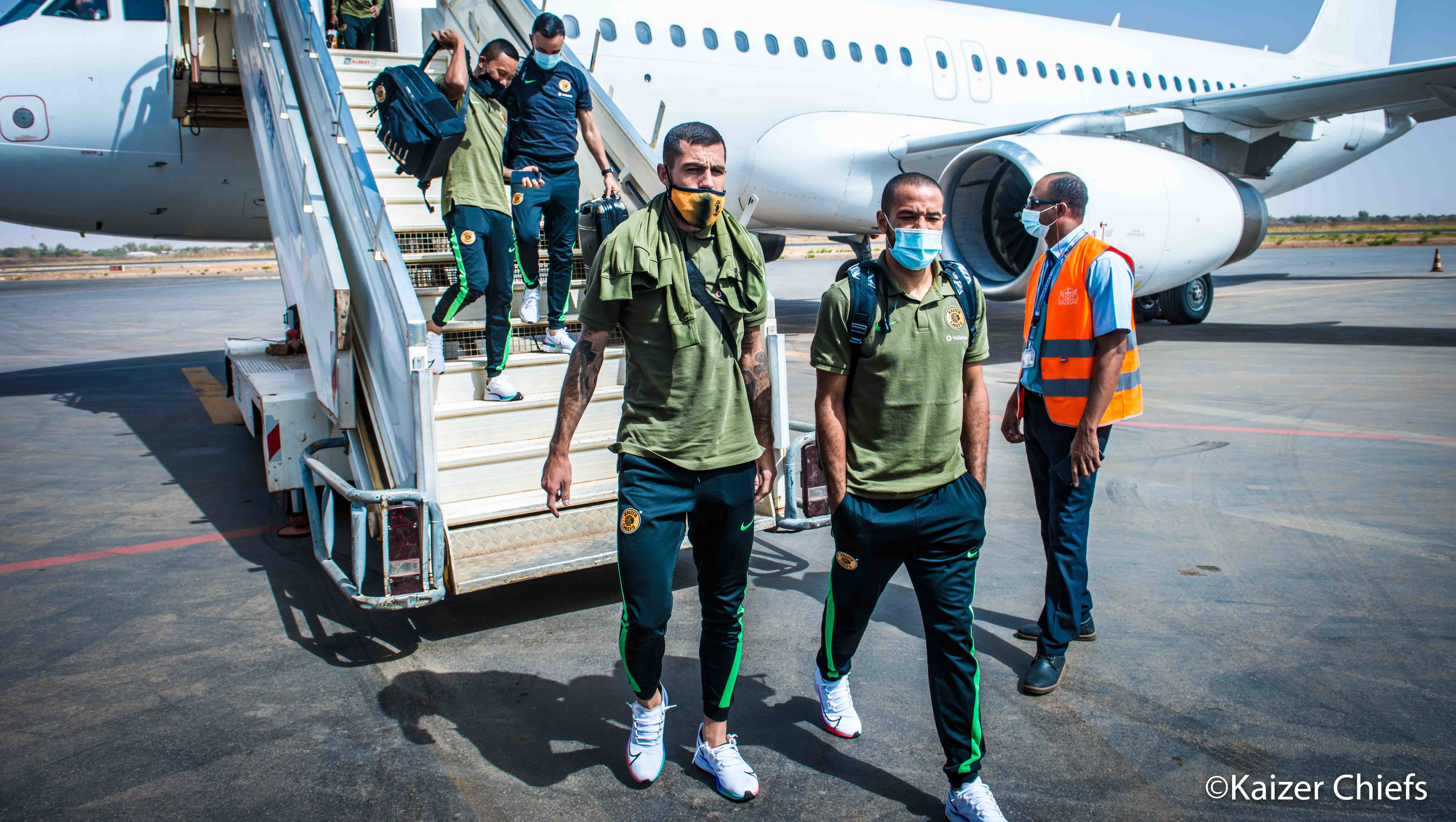 Kaizer Chiefs jetted out on a special charter flight to Luanda, the capital city of Angola for a Group C CAF Champions League game against Petro Luanda, on Sunday afternoon. Chiefs defeated Petro 2-0 when the sides met in their first meeting of the group stages on 6th March at FNB Stadium. Amakhosi will be hoping to pick up three points against their Southern African rivals which will put them in good stead to progress from the group stages.

Amakhosi will travel with an 18-man squad to Luanda and are hoping to keep up their recent good run of results in African club competitions against Angolan teams. In the current CAF Champions League campaign, Chiefs overcame Primeiro De Agosto 1-0 aggregate in the first round. A 0-0 home draw in the first leg saw Chiefs win 1-0 in Luanda courtesy of a magnificent Leonardo Castro goal. Chiefs also faced Inter Clube Luanda in the 2001 CAF Cup Winners Cup Final when they drew the away first leg 1-1 in Luanda on that occasion.

Chiefs will hold a training session ahead of the game on Monday afternoon at 17h00 local time, to simulate match like conditions.

Petro meanwhile have hosted South African opponents in African competition on two occasions, they won 2-0 in the second leg of the 2001 CAF Champions League semi-finals to Mamelodi Sundowns. The game was tied on aggregate, so it headed to a penalty shoot-out which Sundowns won. They also played a SuperSport United team coached by Gavin Hunt in the 2013 CAF Confederations Cup First Round, the first leg in Luanda ended 0-0, they lost the second in South African 2-0.

The game on Tuesday will kickoff at 18h00 South African time, Chiefs will return home after the game landing in South Africa in the early hours of Wednesday morning.

Details will be provided closer to kick-off on streaming arrangements – follow the Club’s social media for details.