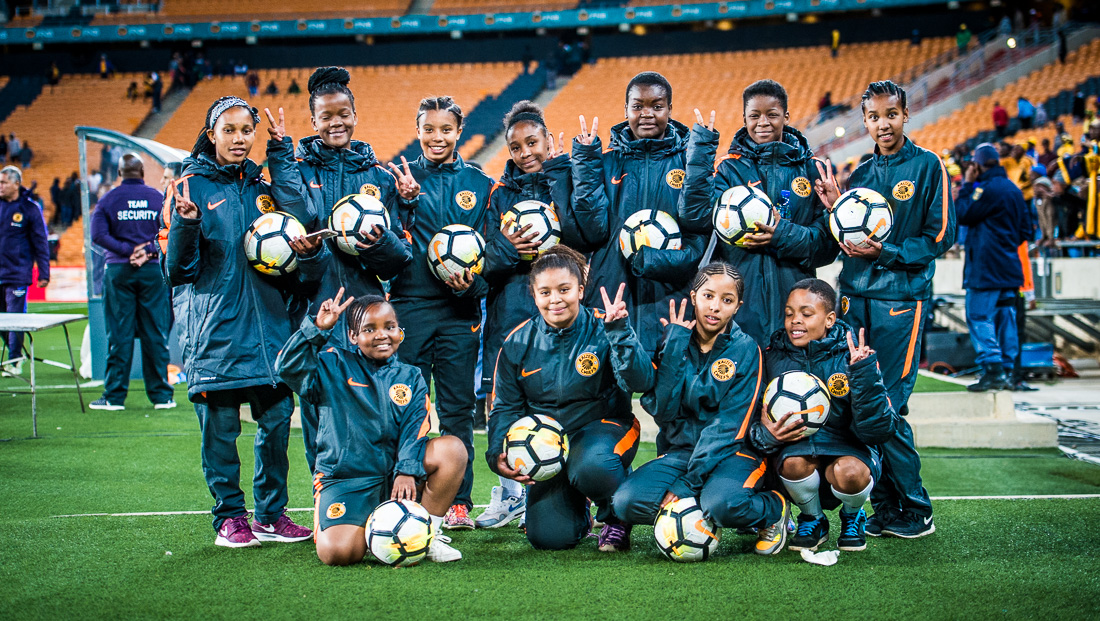 Especially for Women’s Month, Kaizer Chiefs used ball girls – instead of ball boys – for Wednesday’s league clash against SuperSport United at FNB Stadium. Whenever the ball went outside the pitch, ten young girls from the age of 12 to 17 took care that the balls quickly came back to the players to take, for example, a throw in or a corner.

“I always wanted to be there, close to the pitch,” reflected the 13-year-old Tina Nyusela, who was one of the ball girls. “It was truly an amazing experience.”

Two other girls were the 16-year-old Andrea Kater and the 15-year-old Gosiame Manganya. They both loved it. Gosiame even got the opportunity to pose for a quick picture with her hero, Gustavo Páez, after the final whistle of the referee.

Tina’s favourite player is Hendrick ‘Pule’ Ekstein. About the importance of Women’s Month, she says: “It’s important that women are treated equally to men.

“That’s also why it’s so great that girls were used instead of ball boys. It was indeed very special and I hope that in future more often girls will be used to assist on the side of the pitch.”

Kaizer Chiefs also used ball girls for the recent MTN8 quarterfinal at Durban’s Moses Mabhida Stadium. This was all done to celebrate Women’s Month and to highlight that equal opportunity is alive and well at Kaizer Chiefs.