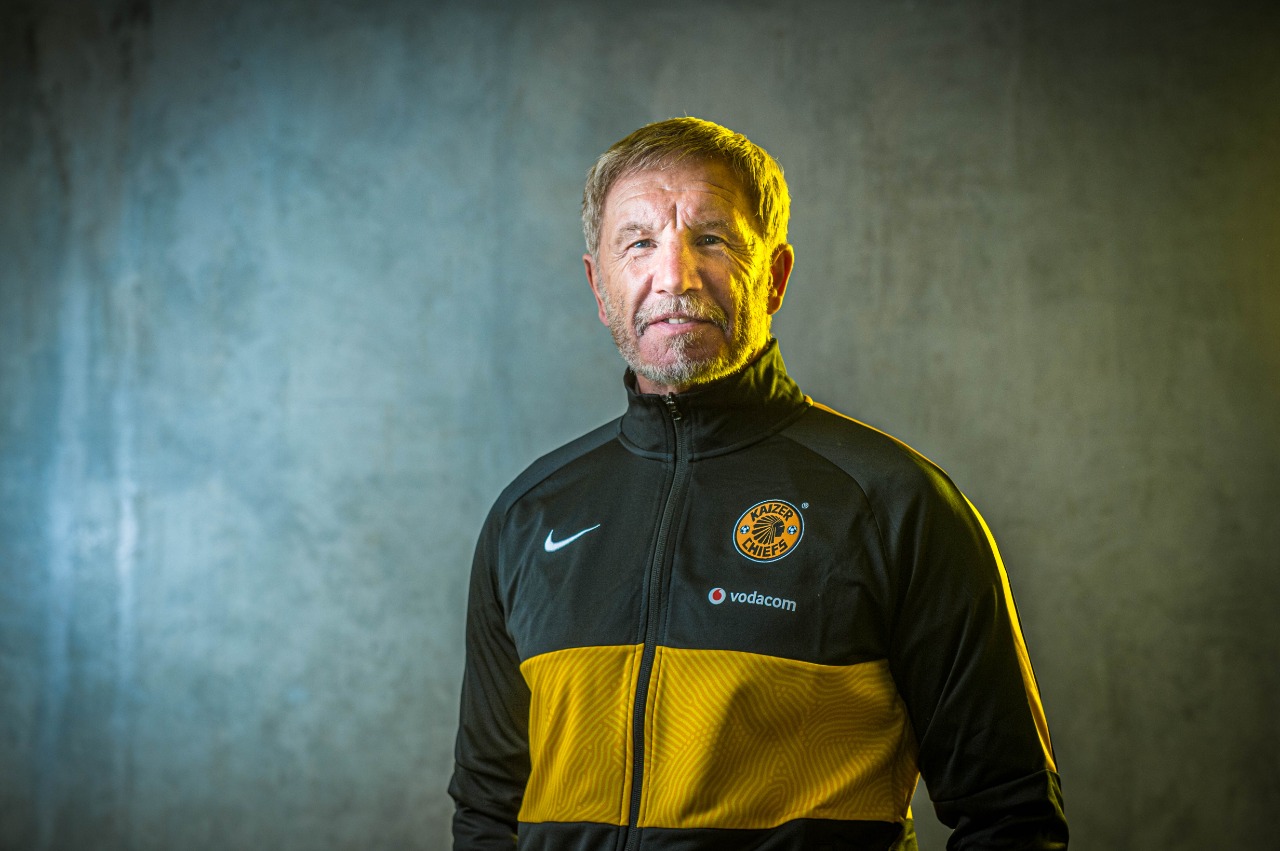 A relaxed Stuart Baxter walked through familiar doors and into familiar territory as he was appointed on Wednesday 09 June as Kaizer Chiefs’ new Head Coach.

“I am feeling very, very comfortable with the decision to come back here,” Baxter said at the Kaizer Chiefs village in Naturena following his appointment, six years after he was last coach of the club.

“I think this time there will be a lot of expectations. I will have to manage that. This time, it’s a tougher league. The league has improved and even the bottom teams are no pushovers. Now, they are all tight games,” says Baxter.

When Baxter was last at the Amakhosi, he ended an eight-year wait for the league title at the club. And given the barren trophy less spell he again walks into, he is under no illusions of the magnitude of his task.

The English-born coach returns to Chiefs on a two year contract, with an option to renew for a further two years.

“I have been good since leaving Chiefs. I have been all over the world. I have been SuperSport coach and Bafana Bafana coach in the interim, so people have known where I was at. Immediately before coming back here, I was in India and then Sweden. It will be different this time. The game has changed. I remember when I came the last time and spoke about transitions people laughed and now it’s an integral part of everybody’s game. I have to find out what is new and what I can use that is going to bring us an advantage. It will be interesting. It will be a challenge, an interesting challenge,” says Baxter.

The 67-year-old was complimentary of his predecessors as Chiefs coaches, saying: “It is important that people understand that the coaches who have been here before me are not bad coaches. They are good coaches. Some of them are top coaches in the country. It’s not about me coming in here and dismantling everything that’s been done. This is about me finding a better balance, maybe rebuilding the culture around the team as well. I think Kaizer Chiefs have moved forward a lot since the last time I was here,” says Baxter.

The similarities of Chiefs’ current situation and to when he was last at the club are not lost on him. After ending the eight-year league drought, he won the league and cup double in his first season at the club.

“When I was here last time, I know that Chiefs had not won anything for quite a while. I knew when I came in winning something was a priority. I did not look only at winning trophies, I was trying to build a team. I was trying to bond with the supporters, I was trying to help us find an identity. I think that was the interesting part and that will be the same now. If we can keep our eyes firmly on the pathway, not the destination, that will be very very important,” says Baxter.

He is relishing the challenge, though, of being back at the Chiefs helm.

“Now, we are the hunter. Gradually, we became the hunted in my first stint. The whole club handled the success very well. The memories I have, from lifting trophies to seeing young players come through and become stars, and seeing the club develop everything at that time, they were great memories. For me, it was more about the happiness that it created. The bonding, the supporters identified so strongly with the way we played. Those stand out for me, as well as the actual lifting of the trophies,” says Baxter.

Even though Baxter has not held a coaching job in the country for two years, he has maintained a connection with the country, as well as with Chiefs.

“My holidays have been in South Africa visiting my children. I had my son Lee working with Kaizer Chiefs and my daughter Natalie is living in the Natal Midlands. The family always takes every opportunity to come to South Africa. We have been in close contact,” says Baxter.

In his 126 games as Chiefs coach, Baxter forged a solid, formidable squad and an impressive record, winning over 61% of his matches in charge. In Baxter’s previous spell in charge of Chiefs, he was at the helm of the club for 90 league games and managed to lead Chiefs to 55 victories, with a points per match ratio of 2.10, the most by any permanent Chiefs coach in the PSL era, with just 24 draws and 11 losses.

He is again looking to bring that steel and success to the club and to forge a good rapport between him and the fans.

Baxter’s first assignment will see him work with Arthur Zwane and Dillion Sheppard as they prepare the team for the CAF Champions League semi-finals against Wydad Casablanca, and he is fully aware of what to expect in those games. o

“It is a challenge for me there, as I have to identify a couple of things tactically for these games. It is a strong opponent, but we have shown in the home game that we can match them. We have to improve on our first leg and maybe tactically and mentally we have to grind out a result there, which allows us to bring them back here and have a real go at them,” says Baxter in conclusion.