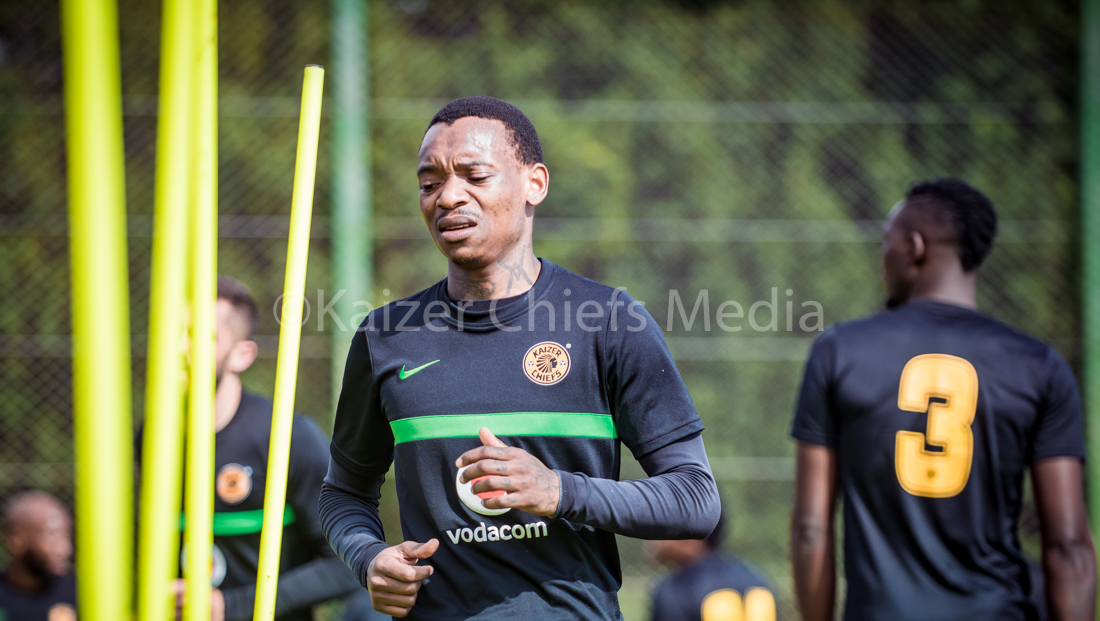 Amakhosi attacking midfielder Khama Billiat has been out of action since January after sustaining an injury during Chiefs’ game against Maritzburg United on 9 January at FNB Stadium.

The Zimbabwean International has started training and is pleased with the progress he is making in as far as his recovery goes. He says he only has one thing on his mind and that is to get back on the field of play and help Chiefs finish their DStv Premiership campaign strongly and progress in the Champions League.

The creative heart of Chiefs’ midfield has provided five assists and scored one goal in 16 games in all competitions this season until Maritzburg’s players laid siege to him and he had to leave the field with a leg injury back in January.

“It has been difficult,” reflects Billiat on his time out of action. “We are professional footballers and we always want to contribute by playing through hard and good times so you can grow as a person.  I got injured against Maritzburg United and I never saw it coming. I have never been in a situation where I have had to miss so many games. It was difficult for me. I thought I would push myself harder and come back as soon as possible but I understand that everything happens for a reason. I thank God for the strength, and I feel better at the moment.”

Billiat who also saw Zimbabwe book their place in the 2021 Africa Cup of Nations which will be staged in Cameroon next year, is now fully focused on getting back into the team.

“It was great to see the Zimbabwe quality for Afcon last weekend,” he adds. “Hopefully, I will come in and join the team and match the level of fitness required by the team. I have been out for some months now and it has not been easy. I have been coming to training and doing rehab, working hard trying to make sure that I spend less time outside.”

The 30-year-old player is hopeful that he could get some game time on Saturday when Chiefs host Wydad Casablanca in a crucial CAF Champions League game.

“I am back,” he confirms. “Hopefully the coach will give me a chance. Thankfully I am training with the team. I just need to work on my fitness. As a player, it’s your mentality and how hard you work so you can contribute in team.”

About Chiefs’ Moroccan opponents who Billiat came up against previously in CAF Club Competitions, he says he has been observing them for a while. He also says would like nothing more than for Chiefs to get a win against them, despite the Moroccans topping Group C.

“Wydad is a good team. We struggled to play against them in the first game in Burkina Faso. I have known them for a long time, and they are not an easy side to play against. They work hard and they have been at this level for some time and know how to play the game.  Every new game is a chance and bring new possibilities. We need to work on our game and make sure we use the fact that we are at home to get a good result. I think we deserve it. We just have to work hard as a team an apply what the coaches want us to do, he concludes.”

Billiat has previously faced Wydad in the CAF Champions league in 2017 when he was with Sundowns and they lost the tie on penalties. He also met them during the 2018 Group Stages at home game on 5 May 2018 which ended 1-1. He will be hoping to get some game time so he can help Chiefs overcome Wydad and take a step towards reaching the quarterfinals,

Amakhosi will host Wydad Atletic on Saturday at 18:00 at FNB Stadium.