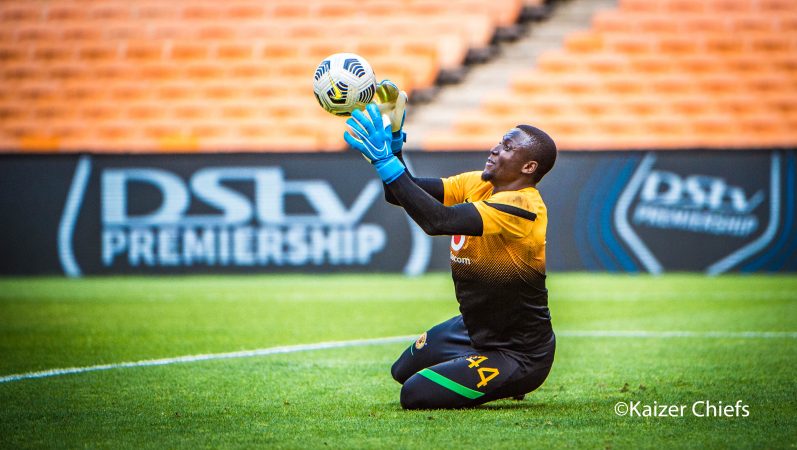 Bafana Bafana took a massive step in the right direction in their bid to reach the third round of qualifying for the 2022 FIFA World Cup, with a morale boosting win over Ethiopia at the Bahir Dar stadium on Saturday in a crucial Group G encounter. Four Chiefs players were part of coach Hugo Broos’ Bafana Bafana squad, Amakhosi keeper Bruce Bvuma was proud to have played a supporting role to first choice keeper Ronwen Williams in the 3-1 win.

Speaking from Bafana Bafana’s Johannesburg base Bvuma said: “I was not nervous for the game; I knew we were good enough to win. We have played games like this before on the continent with Chiefs.”

Even though Ethiopia had levelled the game at 1-1 after South Africa took a first half lead, Bvuma believed they had the quality to get over the line.

“I always had the hope that we would come back even though they equalised,” adds Bvuma. “I knew we would come back and we did. We are feeling good and happy to have won away from home. The points are important for us as a country and now we are back home looking to finish the job.”

While he may not have featured, Bvuma is pleased to have been part of the squad that made history as Bafana Bafana defeated Ethiopia for the first time in three outings. Previously, Bafana had failed to defeat them when the sides were drawn together in qualifying for the 2014 FIFA World Cup.

“I found out about that history after the game,” admits Bvuma. “it felt great to be able to beat them away from home, I am proud of the hard work being put in. We made history and supporting the team from the bench felt great because we all contributed.”

He also feels that Bafana Bafana have a new crop of players who can go a long way towards making the country proud.

“We have a new generation of player and being part of this team makes me want to work harder., concludes the Chiefs goalkeeper. “As we are leading the group, we need to win our games, focus on ourselves and get maximum points and hopefully go all the way.”

Elsewhere in 2022 FIFAWC Qualifying Chiefs midfielder Khama Billiat sat out Zimbabwe’s 3-1 loss to Ghana at the Cape Coast Stadium also in Group G, as he was serving a suspension and will be available for the return game on Tuesday in Harare. Daniel Akpeyi was on the bench for both of Nigeria’s Group games against Central African Republic. The Nigerian’s lost the first game at home 1-0 but bounced back to win the second match played in Cameroon 2-0.  The Super Eagles remained top of Group C and online to reach the third stage of qualifying.

Bafana Bafana will next host Ethiopia at FNB Stadium on Tuesday as they bid for another win which will keep them at the top of the Group heading into November’s final group rounds of qualifying games.