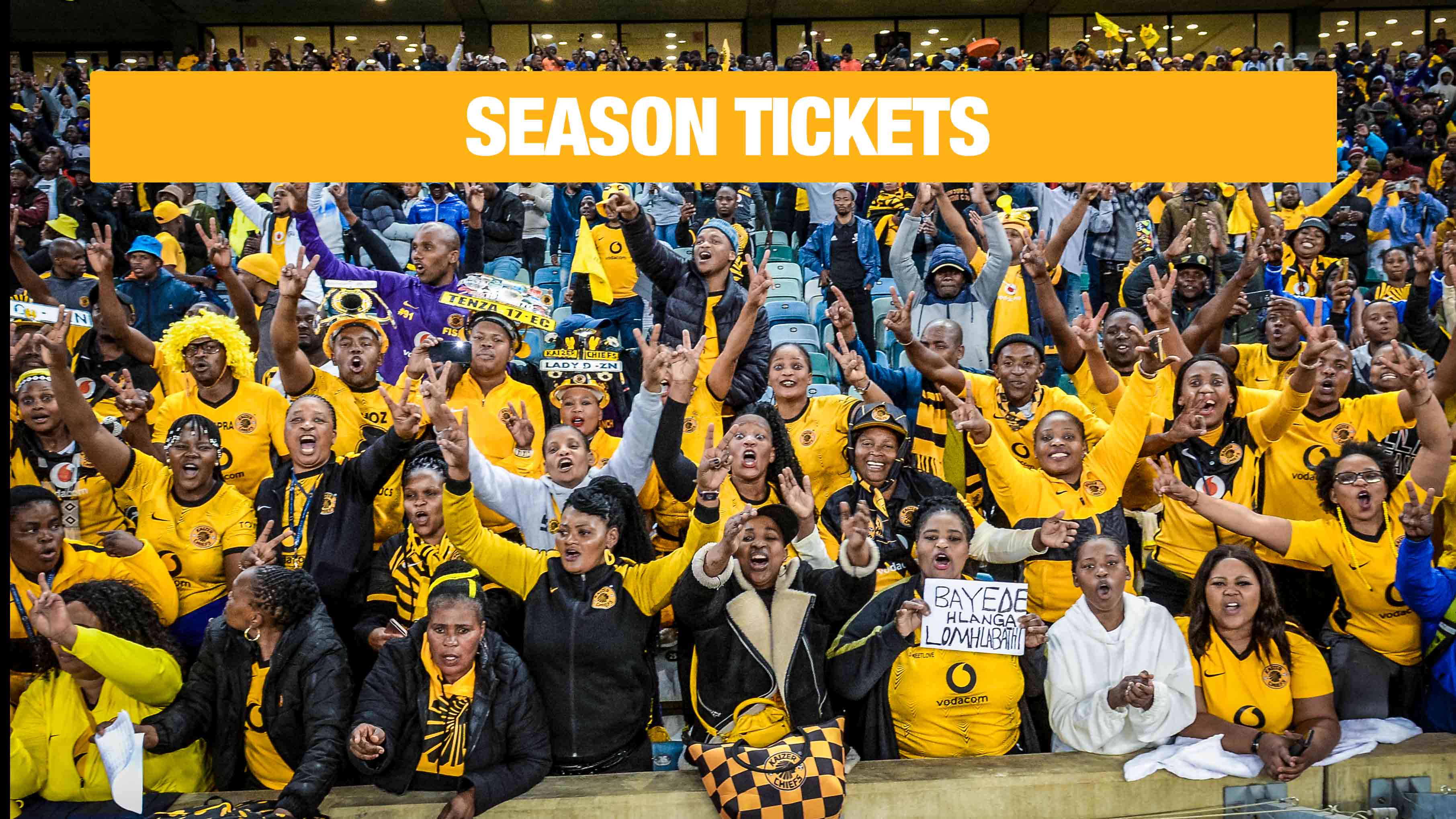 Kaizer Chiefs and Stadium Management South Africa (SMSA) are proud to launch a season ticket offer to supporters for the remaining 2022/23 DStv Premiership home games that will be staged at FNB Stadium.

The idea behind introducing season tickets comes as the Club and SMSA move to make it more convenient for fans to attend Kaizer Chiefs home matches without having to purchase tickets game-by-game. 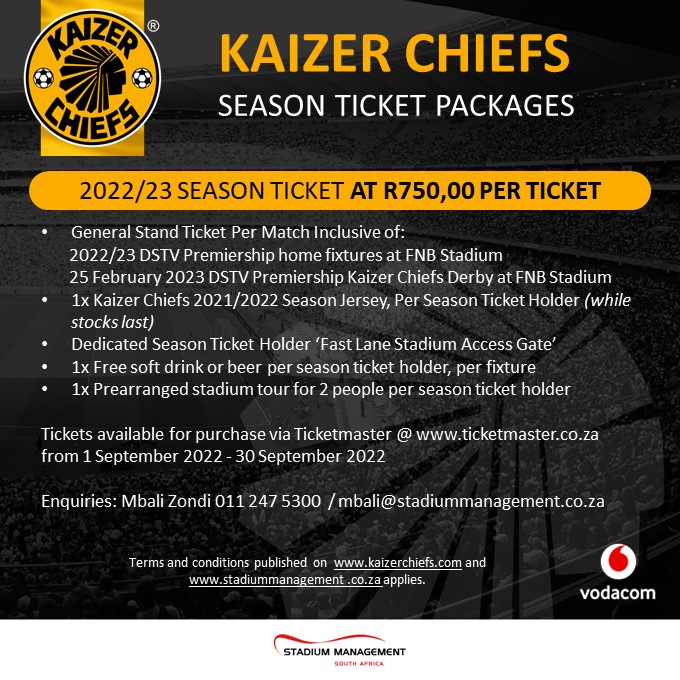 The tickets will be sold at a discounted fee of R750 for a general stand seat in each of the remaining nine games at FNB Stadium this season.

Additionally, the season ticket holder will be afforded the use of the Fast Land Stadium Access Gate – this gate will be important during games such as the Soweto Derby – and will receive a complimentary soft drink or beer per game. There will also be opportunities for a pre-arranged stadium tour for two people per season ticket holder.

The first 200 people who purchase their season tickets will also receive a 2021/22 Kaizer Chiefs jersey, available while stocks last.

Tickets can be purchased through www.ticketmaster.co.za at R750 season per ticket.