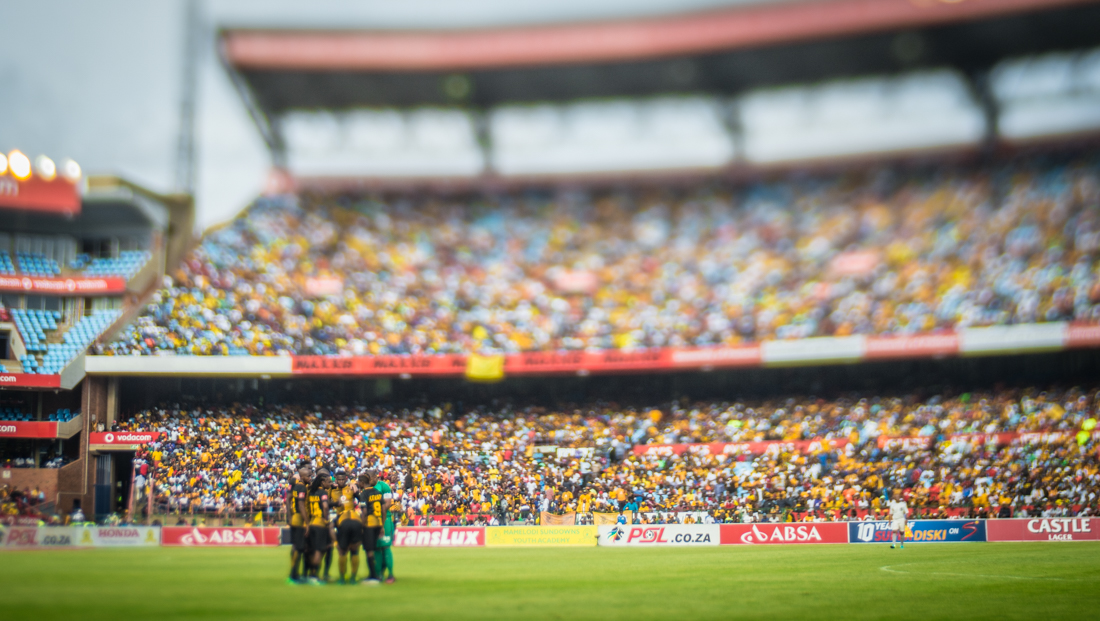 Chiefs lose out to Sundowns

Kaizer Chiefs lost 2-1 to Mamelodi Sundowns in an Absa Premiership match at Pretoria’s Loftus Versfeld on Saturday afternoon. Amakhosi got 1-0 up in the 39th minute thanks to a brilliant goal from right-back Ramahlwe Mphahlele, but the Brazilians scored twice thereafter.

The start of the game was delayed for 15 minutes to give spectators who were still outside the stadium time to come in.

The match started at a high pace, with Amakhosi again playing with three at the back (Erick Mathoho, Daniel Cardoso and Lorenzo Gordinho), which gave the wing-backs the freedom to move forward whenever the opportunity arose. And that’s certainly what Mphahlele and Sibusiso Khumalo did.

The home side had maybe most of the ball possession, but there were no early goal scoring opportunities for both teams. Still, it was an absorbing affair to watch as both sides moved forward in numbers when having the chance to do so.

It was Macha’s shot at goal in the 21st minute which was the first real prospect to open the scoreline. Thereafter more chances followed for both sides.

It turned out to be the Amakhosi that found the back of the net first. Mphahlele made another fine run on the right flank and put the ball into the box. Accordingly, the ball flew over the Brazilians goalkeeper in the back of net. It was a beautiful goal. That was the 39th minute and it was 1-0.

The lead, however, didn’t last long, as Sundowns countered two minutes with their own goal. It was Tebogo Langerman who finished from close range, 1-1.

That was also the score at half-time.

Parker entered the game at the start of the second half, replacing Macha. Earlier, late in the first half, Sibusiso Khumalo, who had a hamstring problem, was substituted by Edmore Chirambadare.

The second half was again an entertaining affair, even though it was Sundowns that was now the better side. It was also the home side that got the lead in the 53rd minute, when Sibusiso Vilikazi netted the 2-1.

Thereafter there were more goal scoring chances for both teams with the best for Chiefs falling for Parker in the 63rd minute, but it wasn’t to be.

Itumeleng Khune made some good saves, while Chirambadare looked lively on the wing.

Amakhosi worked hard and never gave up, even getting some small chances in the dying minutes of the game. However, no goal could be found.

Chiefs next host SuperSport United in an Absa Premiership match at FNB Stadium on Wednesday, 23 November (kick-off is at 19:30).