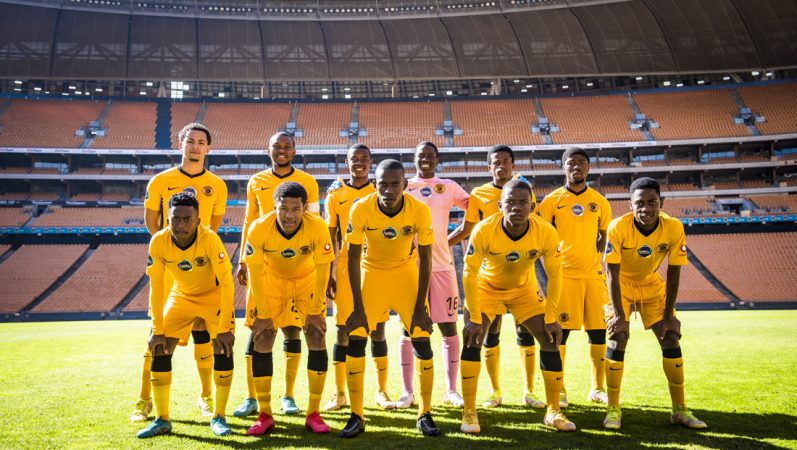 Kaizer Chiefs Reserves are ready to take on Stellebosch FC Reserves in the 2022 final of the DStv Diski Shield this Saturday at Mpumalanga Stadium in Hammarsdale, KwaZulu-Natal.

The young Amakhosi team booked their spot in the final after beating Mamelodi Sundowns Reserves last Saturday, thanks to goals by Reserves captain Mduduzi Shabalala and Wandile Duba in each half of the pulsating encounter.

Stellies on the other hand beat Chippa United Reserves by a goal to nil to ensure they are in the final. Both semi-final matches were staged at Giant Stadium in Soshanguve, north of Pretoria.

Chiefs Reserves mentor Vela Khumalo believes that they have achieved their objectives as they wanted to get into the final of this year’s Diski Shield.

“The game on Saturday will not be easy as we are playing a highly motivated Stellenbosch team who won the 2021/22 season of the DDC,” says Khumalo. They also have experienced boys some of whom have Premiership minutes with the senior team. It will be tough, but our boys are equally motivated and excited as they have shown that they want to clinch this trophy.”

With the schools reopening earlier this week, Khumalo says their training programme has had to change as the majority of the boys are back in school.

“It’s been a challenging week as most of our boys are teenagers and still in school. We have had to adjust training times and ensure we balance football and school activities, which is not the challenge our opponents have, but the young guys will fight like soldiers,” adds Khumalo.

Amakhosi have chosen local school Naturena Primary as their beneficiary as the competition requires that the winnings be donated to charity.

“The gesture is good as it also teaches the young boys the spirit of giving from an early age. We will work hard to ensure we fight for the maximum amount available, though it won’t be easy,” concludes Khumalo.

Kaizer Chiefs Reserves will face Stellenbosch in the 2022 Diski Shield final on Saturday, 23 July at Mpumalanga Stadium in Hammarsdale in the province of KwaZulu Natal. Kick-off for the match is 13:00.

Entrance is free and tickets will be available at the stadium.

The matches will be live on SuperSport’s PSL Channel 202.

On Sunday, the Kaizer Chiefs four junior teams will be on the road in the Gauteng Development League Youth Cup when they visit Dooronkop Students FC in Soweto.