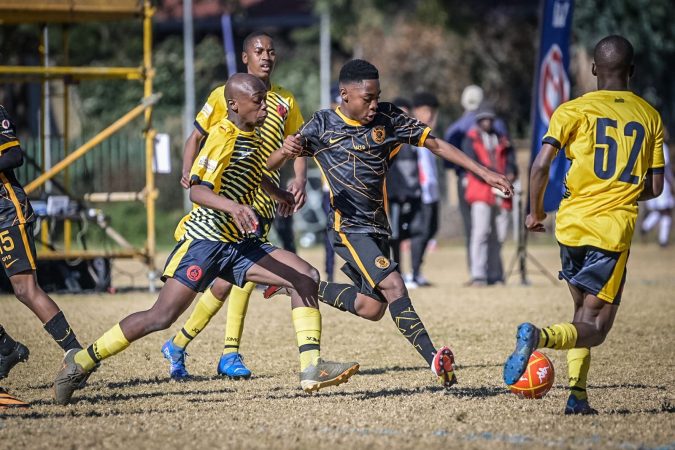 Kaizer Chiefs’ under-18 team won both their matches on the first day of the Johannesburg leg of the annual Engen Knockout Challenge held at Mark Park grounds in Johannesburg.

Chiefs U18s are in Group D of the 16-team tournament for boys. They are pitted against Randburg AFC, Highlands Park and Jomo Cosmos in the group of death. There’s also a tournament for the young ladies running at the venue.

Coaches Ace Khuse and Vela Khumalo are in charge of the young Amakhosi who met Jomo Cosmos in their first game that kicked off at 14:00 on Friday. Puso Dithejane scored the only goal of the match for Chiefs.

The young lads were back on the field again at 17:00 for their second game which was against Randburg AFC. This time Wandile Duba was on the scoresheet to ensure that Chiefs consolidate their pole position in the group.

Chiefs and Highlands Park will meet on Saturday at 12 midday for their last group match. With six points in the bag, Amakhosi will want to win the match to ensure they advance to the quarterfinals with a 100% record.

The top two teams in each of the four group will advance to the knockout stages of the Engen Knockout Challenge.

The quarterfinals will kick off at 16:30 on Sunday.