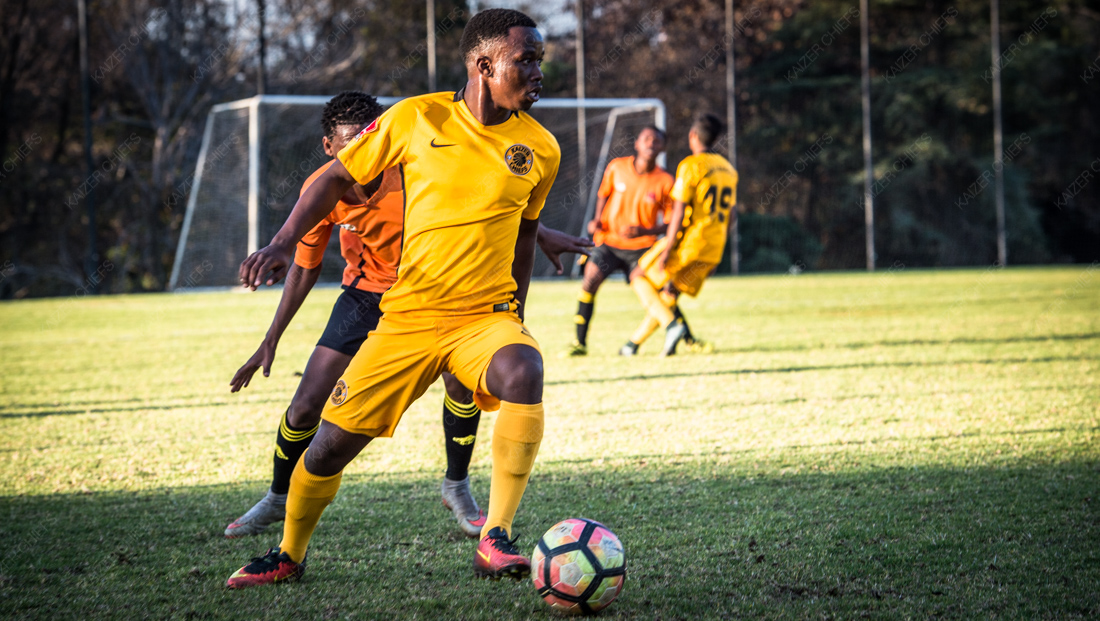 Kaizer Chiefs’ Under-19s play in the SAB League. It has some exciting talents, including striker Sibusiso Milazi. They will face Meadowlands Academy on Sunday.

Most SAB League sides use older players, although at least five players need to be under the age of 21. However, most of Amakhosi’s side are younger than 17.

“We are probably the youngest side playing in the league,” Under-19s coach Sundra Govinder says. “However, for us, as the Kaizer Chiefs academy side, it’s more about developing young players than the results. Although, of course, we still want the three points.

“Our main objective is to develop players who will be ready to play in the future for our first team. We teach them as well about the winning culture of Kaizer Chiefs. That willingness to win must become an integral part of the mind-set of the boys.”

The young Glamour Boys have collected nine points from five matches. They beat BidBoys, the youth side of Bidvest Wits, 5-0. The goals were scored by Milazi (two times), Yaseen Bunting (2) and Tshepo Motlala (1). Yaseen is the younger brother of Yusuf Bunting, who recently signed a contract with the first team.

Milazi has scored three times in three games. “He’s very explosive, enormously skilful and he works very hard too,” coach Govinder analyses the 15-year-old striker. “Sibusiso has played for the reserve side as well.”

Other promising youngsters are the centre-backs, the 17-year-old Njabulo Blom and the 16-year-old Thabo Mokwena, both got game time in the MultiChoice Diski Challenge recently. The 16-year-old speedy winger Kamoholo Hoala is another who is highly rated.