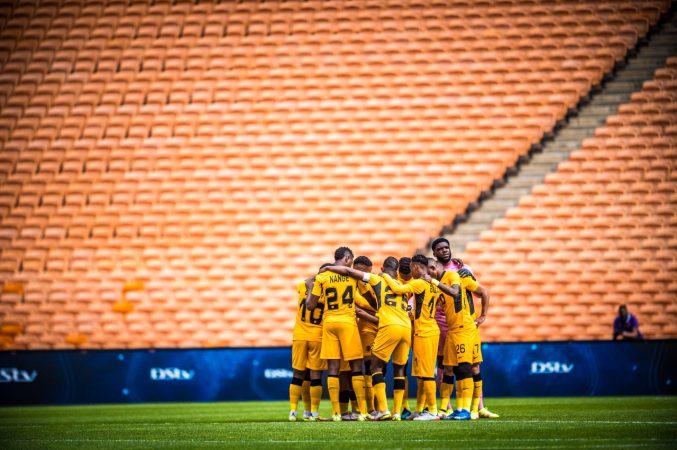 After the advent of the Covid-19 pandemic, leading up to the Bio-Bubble and throughout the operations of the League, the Club has functioned in a strict and stringent way to manage the effects of the global pandemic. The Club appointed a Health Committee comprising of five doctors, a full time Covid Compliance Officer and members of the Operations Team who meet weekly to advise the Club of necessary actions around Covid.

With the return to football and the guidelines put forward by the PSL last year, Kaizer Chiefs has gone over and beyond to further ensure the integrity of its operations and interactions with other stakeholders.

In November the Omicron variant was detected by South African scientists and a rise in infections was experienced in Gauteng and throughout the country. Following the Club’s return from Durban and Pietermaritzburg on 22 November and the implementation of regular testing within the team, an unusually high number of positive cases was confirmed.

The Club under advisement from the Health Committee uses a combination of both antigen and PCR testing to clear symptomatic individuals on a regular basis. As a result, the doctors were able to identify the spike in infections within the Club. At this point there were eight positive cases.  Despite the situation the Club ensured that it honoured the fixture against Swallows FC, while maintaining compliance protocols.

Subsequently to that, the Club tested the team and support staff a few days later. The results revealed a very high number of positive cases which led to the Club announcing 31 cases.

The Club closed down its offices, alerted the League and made a public announcement.

All contacts, support staff and members of the technical team were instructed to quarantine for a period of 10 days as per NICD guidelines and protocols.

It is necessary to highlight that there were four players already not available for selection due to non-Covid related reasons and this was widely reported in the media.

Ahead of the game against Golden Arrows, further testing resulted in another five cases reported by the doctors – bringing the number to 36.

Earlier this week as the Club prepared to return to work, a further 12 cases were identified within the administration staff. The total number of cases over this period sits at 48. This is inclusive of reserve team players the Club intended to register for the senior team.

Given the current Omicron variant, the country and the world are in a unique and everchanging situation. The Club needed to act and not be negligent in our response to the crisis. The Club had to observe the proper return to play protocols to minimise the risk to players and ensure full recovery and fitness.

We have witnessed how other sporting bodies in South Africa and around the globe have responded to this new wave of Covid-19 by postponing matches and events to ensure the safety of role players within the respective industries.

The Club made the decision to ensure that we continue to work in a professional manner and adhere to the set protocols and live up to our ethos of “Love and Peace”. Kaizer Chiefs has placed the lives of its players, staff, opponents, match role players and the public at large above everything else. The Club has been honest and transparent about the situation and has adhered to the NICD guidelines and protocols.

While this has been a challenging process, we remain committed to working with the League and other member Clubs to ensure the safety of all role players – while maintaining the integrity of the League as we deliver on both commercial and football objectives.

We trust that our partners and supporters understand the difficult and unprecedented situation the Club finds itself in.

The medical team believe the situation is now under control and safe enough for normalcy to return.