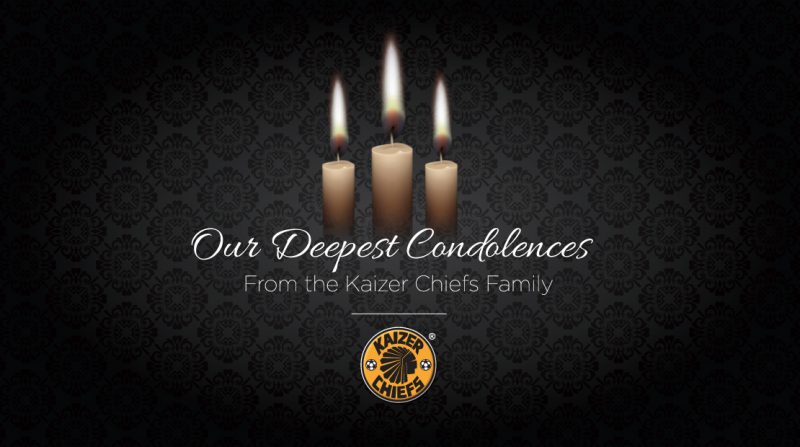 Kaizer Chiefs has learnt with great sadness of the passing of one of the Club’s stalwarts, Jerry Sadike.

Sadike played in and scored in the Chiefs’ official league fixture against African Wanderers on 16 March 1974 in the opening match of the 1974 season, finding the back of the net in a 10-1 win.

A deadly finisher, Sadike was a winger and very talented attacking player who left an indelible mark on South African football.

Not only did Sadike first represent Pimville United Brothers (PUBS) and later on both Soweto giants, but he also played for Swaraj in the Federation Professional League (FPL).

He was also the first player of colour to play for the revered Highlands Park in the National Professional Soccer League in a trailblazing football career.

One of Sadike’s defining games for Chiefs came at Orlando Stadium on 16 November 1974 when his brace, along with a Patrick ‘Ace’ Ntsoelengoe goal, gave Amakhosi a comfortable 3-0 Soweto Derby win against Orlando Pirates in the final match of the season to put the seal on Chiefs’ first ever National Professional Soccer League (NPSL) title win.

Amakhosi scored an amazing 106 goals in 30 games in that record-breaking NPSL season, finishing nine points ahead of league runners up Moroka Swallows. Sadike scored 11 goals in that season, including four in a 9-0 league win against Real Katlehong City on 10 November 1974.

“That team could have been the national team, we were so good. We could score and score and score,” Sadike, a straight shooter on and off the pitch and a snappy dresser, had previously told kaizerchiefs.com.

The Kaizer Chiefs Chairman and the entire Amakhosi family send their sincere condolences for the sad passing of one of Chiefs’ most popular and charismatic players.