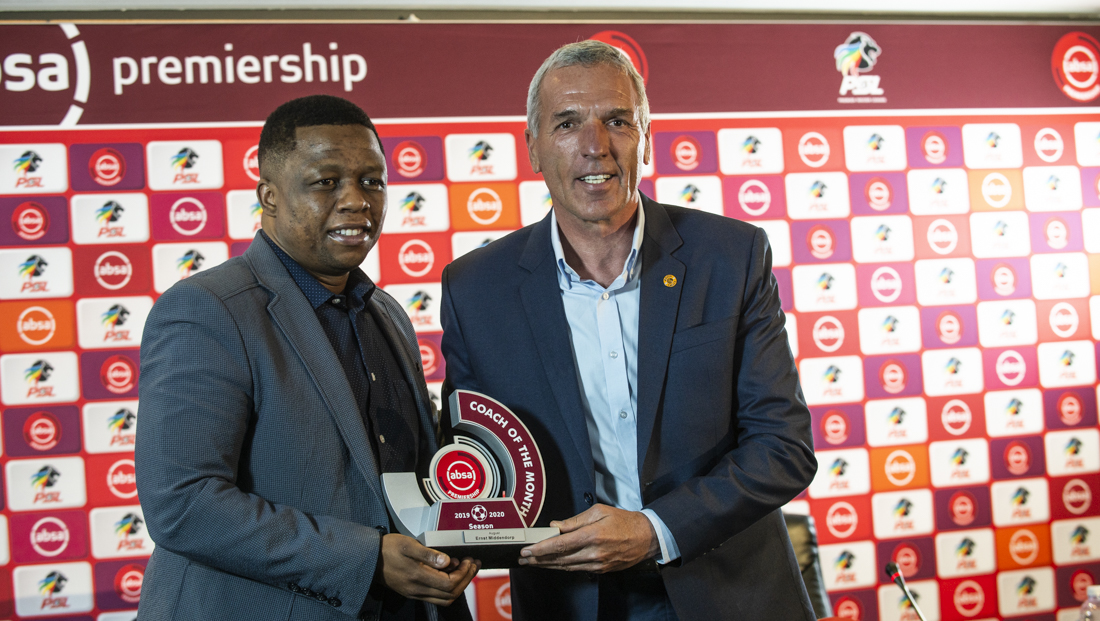 Middendorp oversaw a marked turn in fortunes for Chiefs as they have made their best start to a season since the 2014-15 campaign. Chiefs went through August undefeated winning three games and drawing one league game managing at least one goal in each game. The Amakhosi collected 10 points from their four league games in August something which took Chiefs seven games to achieve in the 2018/19 season.

Chiefs began the campaign with a hard fought 3-2 win away from home over Highlands Park on the 4th August, and then defeated Black Leopards 1-0 in their next game on the 10th August before drawing with SuperSport United 1-1 on the 24th August and winning for the third time when winning their fourth game against Cape Town City 2-1 on the 27th August.

A well pleased Middendorp on collecting the award for the coach of the month for August said” “This recognition is the result of effective planning by my technical team and all the support staff as well as the fans. It has come about after the hard work put in by the players. We were grateful to have a good well-planned pre-season programme and this is just a small reward to all the guys for their hard work.”

Middendorp furthermore believes that Chiefs can use their good start to the season as a platform to build on and while winning this award is a small reward Amakhosi need to continue with their hard work with the bigger picture in mind.

“The start has been good, so we need to keep on building and improving. As a group we must keep our cohesion and continue working like we have all along. This recognition is for the entire group, it is good for our motivation and our enthusiasm we are ambitious and this is a movement in the right way,” he added.

As Chiefs coach Middendorp won a coach of the month award for the second time. In 2005/06 he was voted as the coach of the month for December 2005 when Chiefs went undefeated in five games - winning three games and drawing two. Back then Chiefs drew with Ajax Cape Town 2-2, defeated Free State Stars 5-2, Orlando Pirates 1-0 Golden Arrows 2-1 and rounded out the year with a 2-2 draw against Black Leopards on the 21st December 2005.

He collected that award at a ceremony in February 2006 and while reminiscing he concluded: “Football is a game of improvement. As a coach or player, you need to continuously improve yourself and learn and keep up with the changes in the game. To win these types of awards so far apart is a good sign as it demonstrates longevity and that your work and being studious is paying off. The support structure is very important for us achieving our goals.”