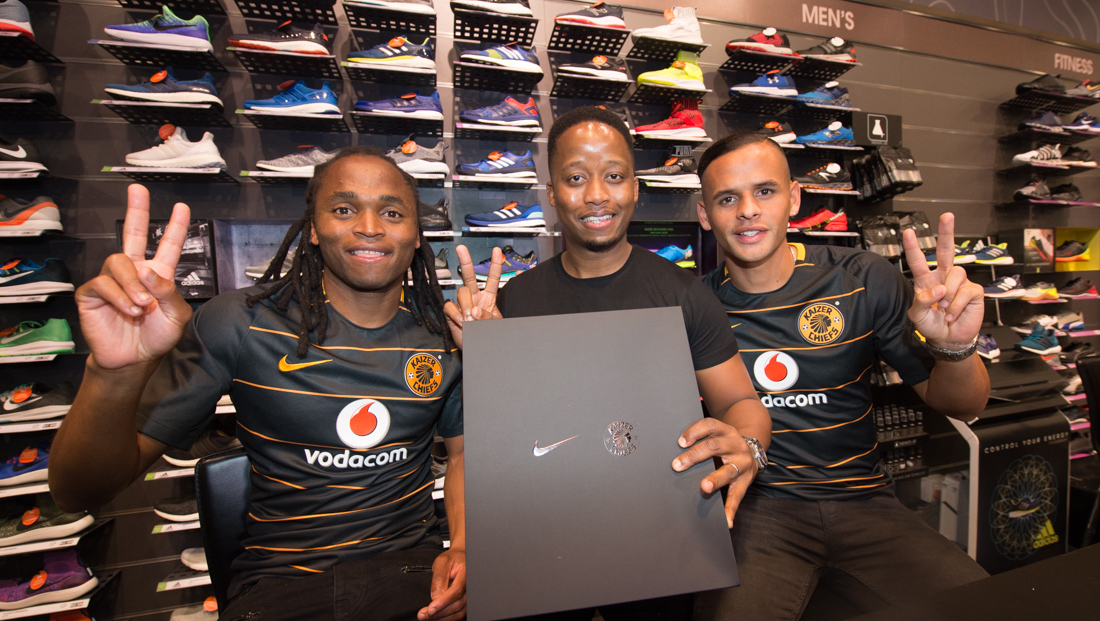 Moshe Kgasoane, better known as Mo-T from the band Mi Casa, got his own Kaizer Chiefs home jersey for this season. “It’s amazing,” he comments, “it looks so cool. It has this presence and this power. I love it!”

Mi Casa is a house band that has produced several hits since its formation in 2011. Shortly thereafter, they released their first album, called Micasa Music. Two weeks ago the band released their fourth studio album, Familia. Mi Casa’s three members are Dr Duda (producer and pianist), J’Something (vocalist and guitarist) and Mo-T (trumpeter).

The Alexandra-born Mo-T is a fervent Amakhosi supporter since the age of six. “My favourites were Neil Tovey, Doctor Khumalo and Lucas Radebe,” he says. “With Doctor, I just had that sense that he is a really cool guy. He had those earrings, which he didn’t even take off during the warm-up. And he had that lovely nickname, ’16 V’.

“Neil Tovey was the leader, the captain of the side. You could see, just by watching, that he would always come up with solutions for the team to win the match. Chiefs won so many trophies when the likes of Doctor and Neil were there.”

Mo-T still watches Chiefs matches whenever he has time. “I am a Khosi 4 Life,” he concludes, while proudly wearing his jersey.