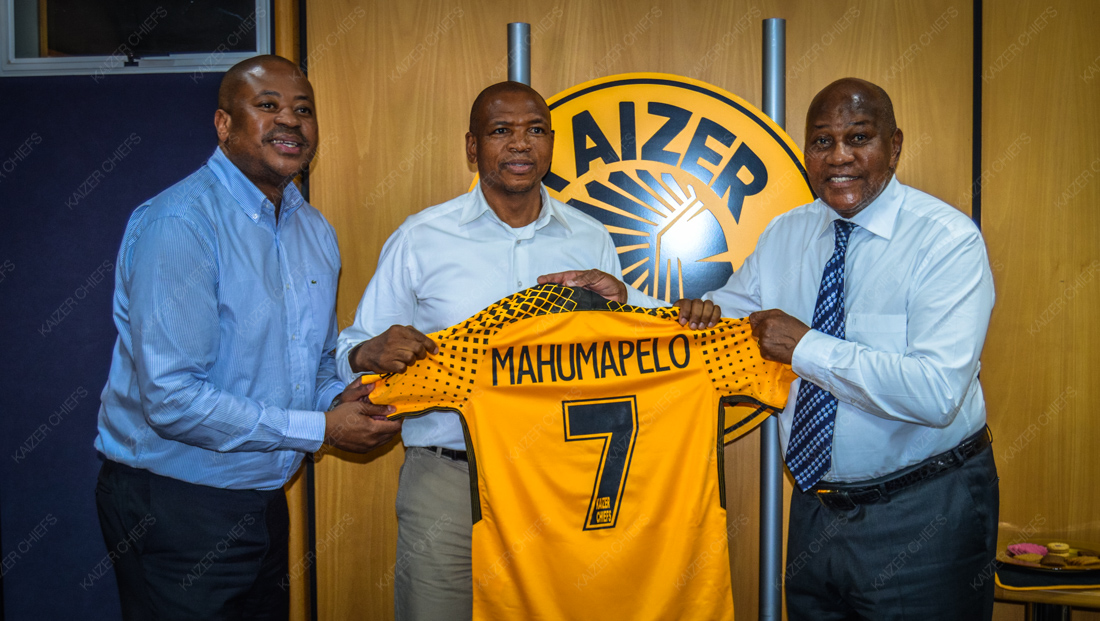 The premier was taken on a tour over the premises by Bobby, seeing the administration block, the first team training facilities, the High Performance Centre, the KC Retail store and the youth academy.

“This is like a campus,” Mahumapelo remarked, clearly being impressed. “I always imagined how the Village would look like before coming here. It never crossed my mind that I would get to see something this magnificent.

“No wonder everybody loves Chiefs. The Village is a world class facility. What the Chairman, Kaizer Motaung, has achieved here is a true inspiration for others to follow and learn from.”

Bobby Motaung explained to the North West premier that, “the bigger picture of the plan is to invest in our youth development structures. This is not only to groom future soccer stars, it’s also about reaching out and making a contribution to the society. We recruit youngsters across the country. We are starting to reap the results of our investment with a number of academy players having been promoted to the first team.”

Amakhosi have already established a footprint in North West, having set-up a meaningful partnership with the North West University. The Glamour Boys also participated during pre-season in the Maize Cup, which was played in Orkney. Chiefs won the trophy after beating Free State Stars 1-0 in the final.

After the tour, premier Mahumapelo was introduced to Chairman Kaizer Motaung.

“I plan to come back soon with my family,” the North West premier promised. “I want my family to witness this. This is so inspirational. Thanks you Amakhosi for this great work and all the best of luck for the rest of the season.”