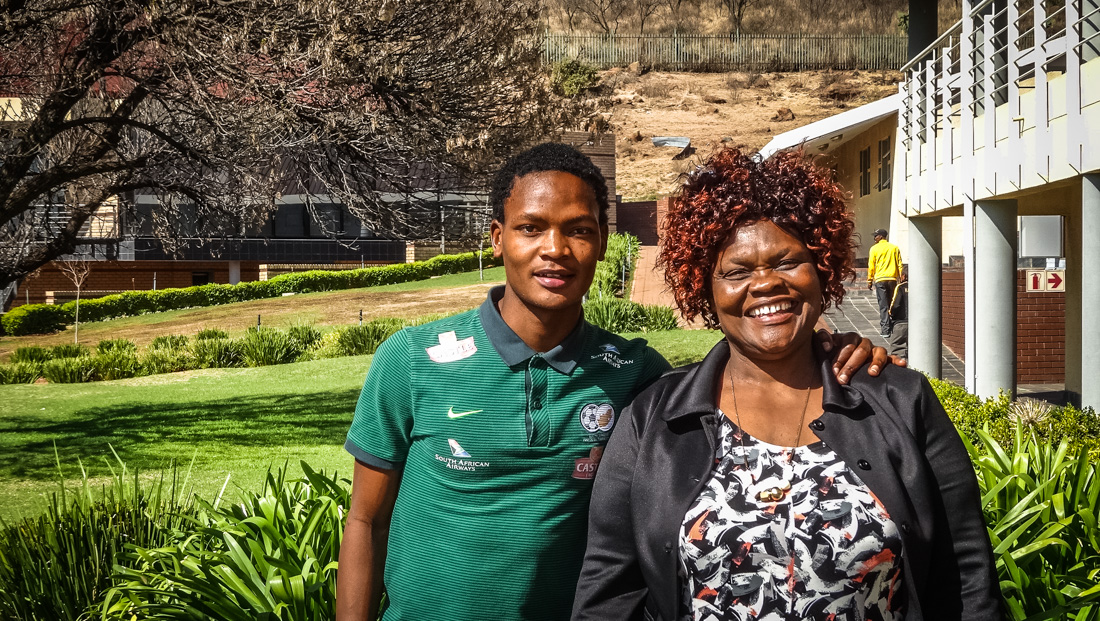 Ngenzeni Meyiwa visited Chiefs village on Tuesday. She’s the mother of the talented Glamour Boy, Wiseman ‘Ten-Ten’ Meyiwa. “I am so proud,” she says about her son having joined Kaizer Chiefs’ first team for the upcoming 2017/2018 season. “I am very happy.”

The 17-year-old midfielder was quickly released from the Bafana Bafana camp to join his mother at Amakhosi’s headquarters. He made his debut for the South African national team against Zambia in a Chan qualifier on Saturday.

Meyiwa joined Chiefs’s development structures in 2014 after he was spotted by a local scout. “Wiseman played soccer from a young age,” Ngenzeni reflects. He could forever be found playing soccer on the streets of Dambuza, Pietermaritzburg, where the talented midfielder grew up.

“I even played in the house,” Wiseman adds, “often with an orange.” Ngenzeni laughs when she hears her son telling the story.

“Wiseman has always been a quiet and lovely boy,” the mother continues. “Besides that, he’s someone who is ready to help people in need.”

The young Glamour Boys has an older sister and an older brother. Ngenzeni worked as a domestic worker to support her children.

Wiseman already represented South Africa at the Under-17 and Under-20 World Cups and, last Saturday, made his Bafana Bafana debut.

He couldn’t talk long with his mother at the Village, as coming Saturday, South Africa face Zambia in the second leg of the Chan qualifier at Ndola’s Levy Mwanawasa Stadium.

“Wiseman is only 17, I sometimes worry that he gets kicked by those big guys,” Ngenzeni reacts. “They mustn’t hurt him.” Wiseman smiles when listening to his worried mother. He knows how to handle himself in situations like this.

“I am excited beyond my dreams,” Ngenzeni concludes. “I would now love to see Wiseman play for Kaizer Chiefs and, eventually, go abroad.”