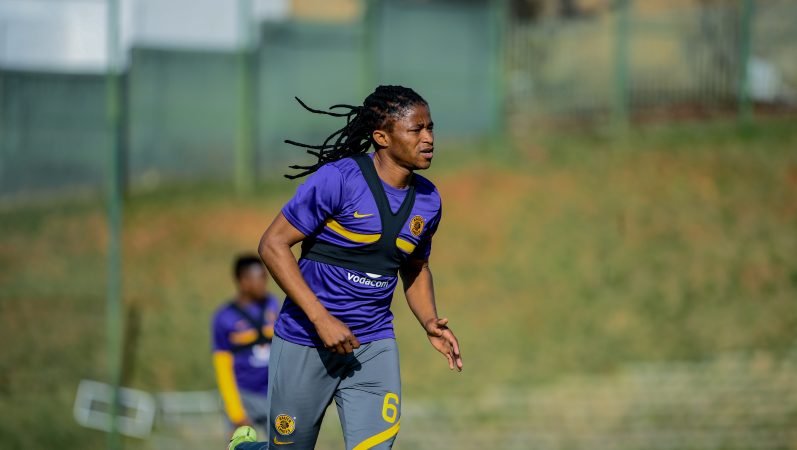 One of Kaizer Chiefs’ new recruits Siyethemba Sithebe is ready and itching for action on the field for his new Club as they kick off the 2022/23 season on Saturday against Royal AM.

Sithebe, who joined Chiefs during the June/July off-season break, last played competitive football in December 2021. He spent the remainder of the season training with his previous club and watching from the stands.

“I am excited at the prospect of playing PSL football again,” says a relieved Sithebe after being out of action for eight months. “What makes it even better is the fact that I have a chance to play for my childhood club. It’s a dream come true for me and I promise to work hard.”

“It has been tough watching from the sidelines, but I kept training hard, so my fitness levels didn’t drop,” adds the Newcastle-born attacking midfielder. “The prospect of playing in front of thousands of Amakhosi fans gives me goosebumps as it is every footballer’s dream to have such support behind you when on the field of play.”

Tickets for the match went on sale on Thursday afternoon and have been selling like hot cakes with the expectation of a full house on Saturday in Chatsworth.

Sithebe, who is available for selection, is fit and raring to go as his team travels to Durban – a city he called home for a few years while playing for AmaZulu.

“We trained hard during the pre-season and Coach Arthur Zwane and his team have done a tremendous job of ensuring that we the new guys are integrated into the system. The work continues and we will need to show what we’ve been doing, starting with the game on Saturday,” he enthuses.

After Royal AM on Saturday, Amakhosi will open their home account with a clash against Maritzburg United at FNB Stadium on Tuesday, before traveling across the city to Tshwane to face Mamelodi Sundowns.

“We need to pick up six points from the two opening matches, so we go into our third game high on confidence. We call on the Gold & Black to purchase their tickets and come in numbers, as their support will boost us when we play these tough matches. We are looking forward to their singing in Durban and at FNB Stadium on Tuesday,” he says as he concludes.

Chiefs and Royal AM will kick off 17:30 at Chatsworth Stadium in Durban on Saturday.