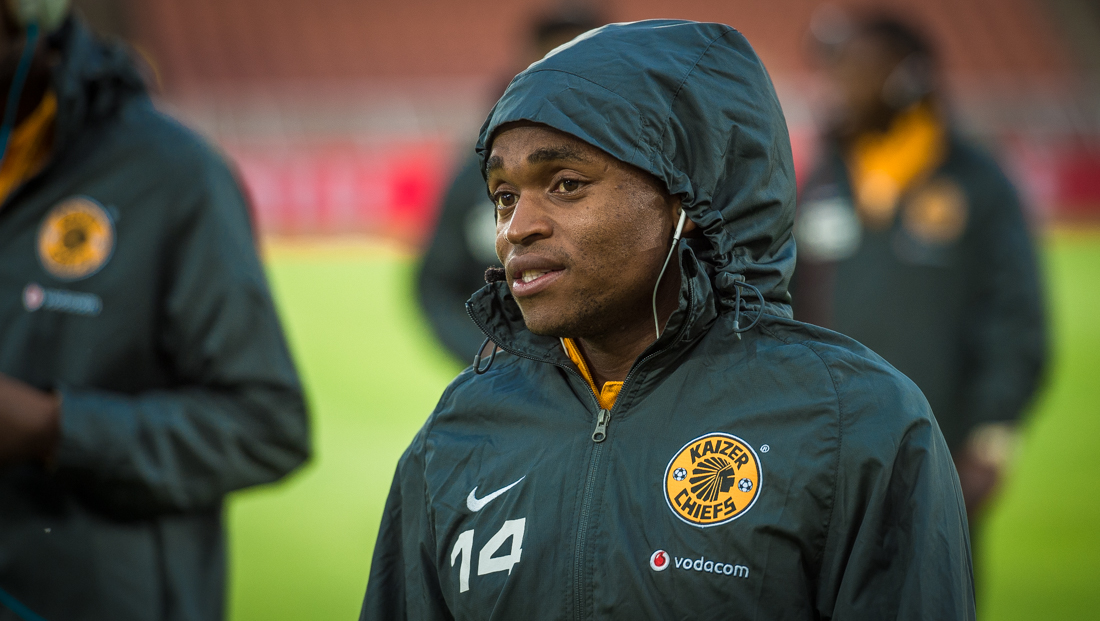 Siphiwe ‘Shabba’ Tshabalala joined Kaizer Chiefs at the start of 2007, but, due to a serious knee injury, he only made his official debut on 31 August 2007. Shabba is now playing his tenth season for Amakhosi. During this period, the 32-year-old midfielder has played 329 games for the side and scored 53 goals.

KC Website: You made your official debut wearing the Gold and Black jersey against Bidvest Wits in August 2007. What do you feel was your best season so far?

Your 300th start was at the recent league match against SuperSport United (329 matches including substitutions). Is there a game you can single out as the ‘closest’ to your heart?

That must surely be the Vodacom Challenge game against Orlando Pirates in Port Elizabeth (26 July 2007). It wasn’t an official game, but to play in my first Derby was huge. Muhsin Ertugral was the coach. On the eve of the game I was informed I was not in the team. However, during the pre-match meal the coach came to me and said: “You will be starting.” I thought: “Wow, so suddenly.” Cyril Nzama calmed my nerves, saying, “Just show who you are.” It was a great game, even though we lost.

You recently scored your 50th official Chiefs goal against Stellenbosch. What was your best?

It’s difficult to single out one. However, for me, the most important was my first goal. That came in the 2007 Telkom Knockout quarterfinal against SuperSport United (28/10/2007) when I scored the match-winner (Chiefs won 1-0). It helped us go to the semis. We actually went on to win the Telkom Knockout that season.

You seem to be in an excellent phase of your career, being in fine form this season. You look happy. Any particular reason for this?

I am happy at home. My wife Bokang is very supportive, she’s really there for me. My son, Owethu Temo, also brings me tremendous joy. I shouldn’t forget my teammates as well. We support each other a lot.

Who is the best player you played with during your time at Kaizer Chiefs?

It’s difficult to single out one player. However, if I have to, playing with Thabo Mooki always meant a lot to me. I used to watch him play at the annual Godfrey Moloi Goodwill Games. He was the star and I admired the way he played. Then, suddenly, at Chiefs, we were teammates, sitting in the same dressing room and playing together. On top of that, Thabo was very welcoming and really helped me to settle at the club.

With whom of your teammates were you closest during all these years?

With Reneilwe ‘Yeye’ Letsholonyane. We played eight seasons together at Chiefs. We not only remained best friends, we are brothers. We get along well on and off the field and we are also business partners. We played together for Bafana Bafana too.

Is there a particular player you can mention who had all the talent, but, despite all this, didn’t make it at Chiefs?

That wouldn’t be fair. However, to be honest, over the years, I have seen some tremendously talented players coming to the Chiefs squad, but not being able to succeed. This was usually due to a lack of work ethic, struggling to deal with pressure and being continuously in the limelight.

How do you feel about the Kaizer Chiefs supporters?

The way our supporters are behind the team is always amazing to see – they drive us! They are there for us, through thick and thin. When we win, we make them happy and they have bragging rights… This is proof of the responsibility we bear to make the supporters happy by winning. Sometimes, we disappoint them. We, as players, value our supporters immensely.

What are your ambitions?

To continue working hard and making a great contribution to help the club win trophies. I also want to assist and mentor the youngsters to carry forward the legacy of the team, so that in the future we will see the next Shabba, Itu (Khune) and (Willard) Katsande  – players who will play 200+ games for Amakhosi.

How would you reflect on this season?

We were too kind, we just gave it away. The coach can’t be held responsible. We have to take responsibility as the team.