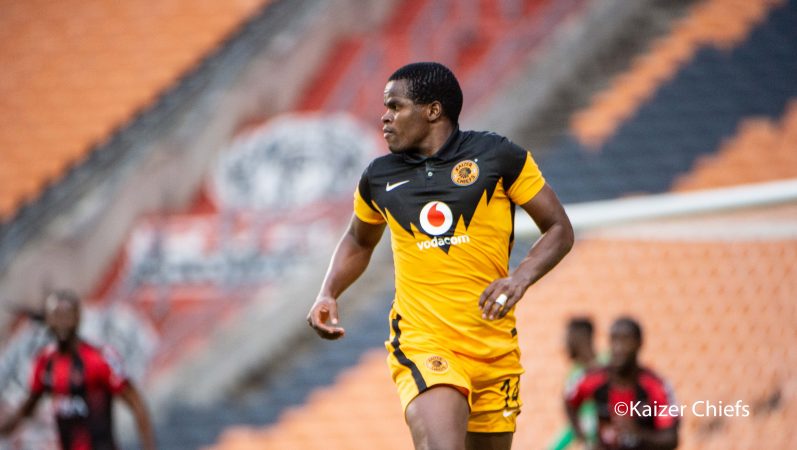 In the euphoria of Kaizer Chiefs’ progression to the CAF Champions League final, Willard Katsande achieved a significant milestone.

When he took to the pitch at the FNB Stadium this weekend for his 325th Chiefs game, Katsande equaled his Zimbabwean compatriot Tinashe Nengomasha’s record for the foreign player who has played the most number of games for Amakhosi.

It’s been a topsy turvy kind of season for ‘Salt and Vinegar’, as he’s often found himself on the team’s periphery.

But if ever you needed a soldier to go into battle for you, Katsande is one of the first warriors you would call on. And when Chiefs have needed hardened soldiers most – to salvage their league season and march on against the odds on the continent – Katsande has stood up tall and rolled up his sleeves in the trenches.

“The funny and interesting thing about this CAF campaign is that we carried the underdog tag from day one until now, people never gave us a chance,” Katsande recalled ruefully the morning after Chiefs stunned Wydad Athletic Club to book an unlikely spot in the CAF Champions League final.

He cast his mind back to late last year, when Chiefs’ CAF campaign was nearly over before it begun, as they scraped through in the preliminary round against Cameroon’s Bamenda.

“We started our CAF campaign in the middle of a rough patch, when we were not doing well in the league. We won narrowly away and managed to keep a clean sheet at home to get a result and sneak through,” says Katsande.

Even then the unconvincing nature of the Bamenda win and their inability to score at home, Katsande says, led people to label Amakhosi as a “lower league team” who were no hopers on their CAF sojourn.

“In my time at the club, we’ve played in the Champions League on a number of occasions. Even with all the experience and the number of international players we had, we had always gone out in the preliminary round or the first round. We really wanted to get into the group stages this time around. And we used the experience of our previous CAF disappointments to keep on learning and plugging away,” says Katsande, a two-time league winner with Chiefs.

The group stages against Horoya, Petro de Luanda and Wydad Casablanca were bruising battles and when Chiefs were thumped 4-0 away by Wydad, Katsande says it felt their season was “crumbling”.

“We felt the pain of our supporters, coming home after losing 4-0. And even playing in the domestic league we were not doing well. We really gave the wrong impression to our supporters. But we kept going until the results came and we managed to progress to the quarter finals,” says Katsande.

After a “helluva game” in their double legged quarterfinal against Simba, redemption came against Wydad.

“We knew we needed to be better playing away at Wydad in the semi-finals than we were when they beat us 4-0. We were coming off back to back victories and securing a Top 8 finish, so we had a bit of confidence. The guys kept on grinding, pushing and applying the tactics of our technical team. The master tactician (Arthur Zwane) told us they will see a different, determined Kaizer Chiefs. ‘Win, lose or draw I want to see you perform’. We kept to our rhythm and game plan, which managed to get us to the final,’ says Katsande.

And now the nirvana of the CAF Champions League final against the famed Al Ahly awaits, and of course the Amakhosi will again be “underdogs”.

“This season we turned the corner in terms of CAF competition. Every game is tough in the Champions League, it requires you to bring your A game to get what you want. Going to the final for the first time, becoming only the fourth team to do so without conceding a goal at home, is a good state for us to be in. It will put us in a good position. We’re still humble, level-headed, we know we haven’t won anything yet, but we really want it. We are just going to work hard and get back on the horse to get the victory in the final,” concludes Katsande.