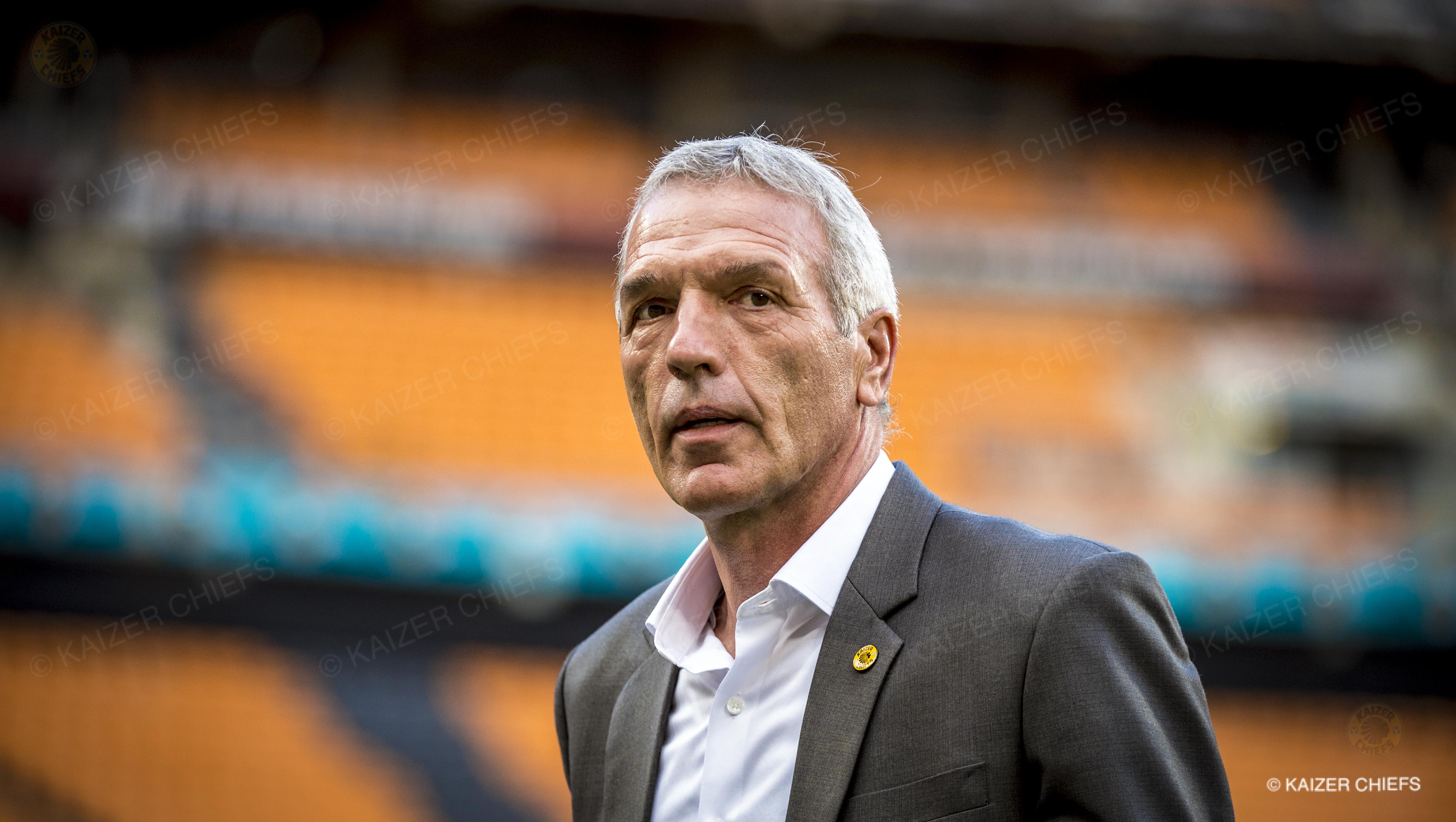 Coach Ernst Middendorp did not hide his disappointment following his side’s drawn match against Stellenbosch FC on Sunday evening. “It is disappointing to say the least,” says the coach. “We didn’t do certain things that we had planned for the match. But we are not discouraged - we will keep on working and focus on the next game.”

It ended 1-1 at Orlando Stadium with Leletu Skelem opening the scoring on the half hour mark for Stellies. Second half substitute Lazalous Kambole responded in the 69th minute with a beautifully take shot.  The Zambian’s first goal for Amakhosi proved enough to salvage a point for the log leaders.

“We started with several players with fresh legs,” says Middendorp, “but we seem to be suffering from lack of match fitness due to the four months lull period of the Covid-19 lockdown. The much talked about yellow cards issue was not much on our minds. All the changes we made at half time were technical and I’m glad we managed to salvage a point.”

Kgotso Moleko, Samir Nurković and Kambole came on at the start of the second half for Siphosakhe Ntiya-Ntiya, Khama Billiat and Siphelele Ntshangase.

“I will get advice from the medical team about Leonardo Castro’s injury,” says Middendorp. Castro was substituted in the 27th minute due to a problematic hamstring. “We hope he will recover in time for our next game.”

On Lebogang Manyama, who missed the game he says: “We are still monitoring Manyama. We will see him at training and take it from there.

“Nurković received a fourth yellow card in what I thought was a harsh decision from the referee. He will be out for the match on Thursday.

“We are basically disappointed with the result,” concluded Middendorp. “We will have to get back to it and be ready for the next match.”

Chiefs will on Thursday welcome Mamelodi Sundowns at the Orlando Stadium. The match will  kick off at 18:00.