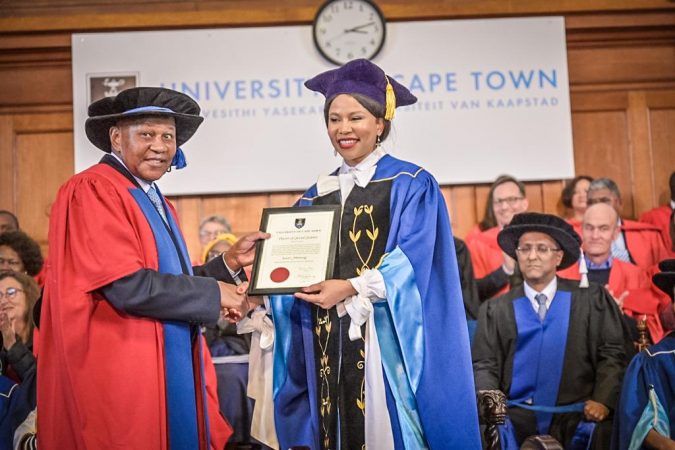 Kaizer Chiefs Executive Chairman and Founder Kaizer Motaung was honoured today by the University of Cape Town (UCT) at a graduation ceremony in the Mother City.

The prestigious university, which is one of the world’s leading tertiary institutions, bestowed the title of Doctor Of Social Science Honoris Causa, upon the Chiefs Chairman, who was accompanied at the event by his family members.

The University of Cape Town honoured the Kaizer Chiefs Chairman for his contribution to football and social development in the country.

Kaizer Chiefs would like to congratulate the Chairman for the prestigious title that has been awarded to him, as well as acknowledge his hard work in helping grow the game of football in South Africa and ensuring the upliftment over the past five decades of marginalized and disadvantaged footballers.

The Chairman has also been at the forefront of building Kaizer Chiefs into a leading global football club and brand.

With the doctorate that has been bestowed on him by UCT the Chiefs Chairman has now earned the title of Doctor Kaizer Motaung.